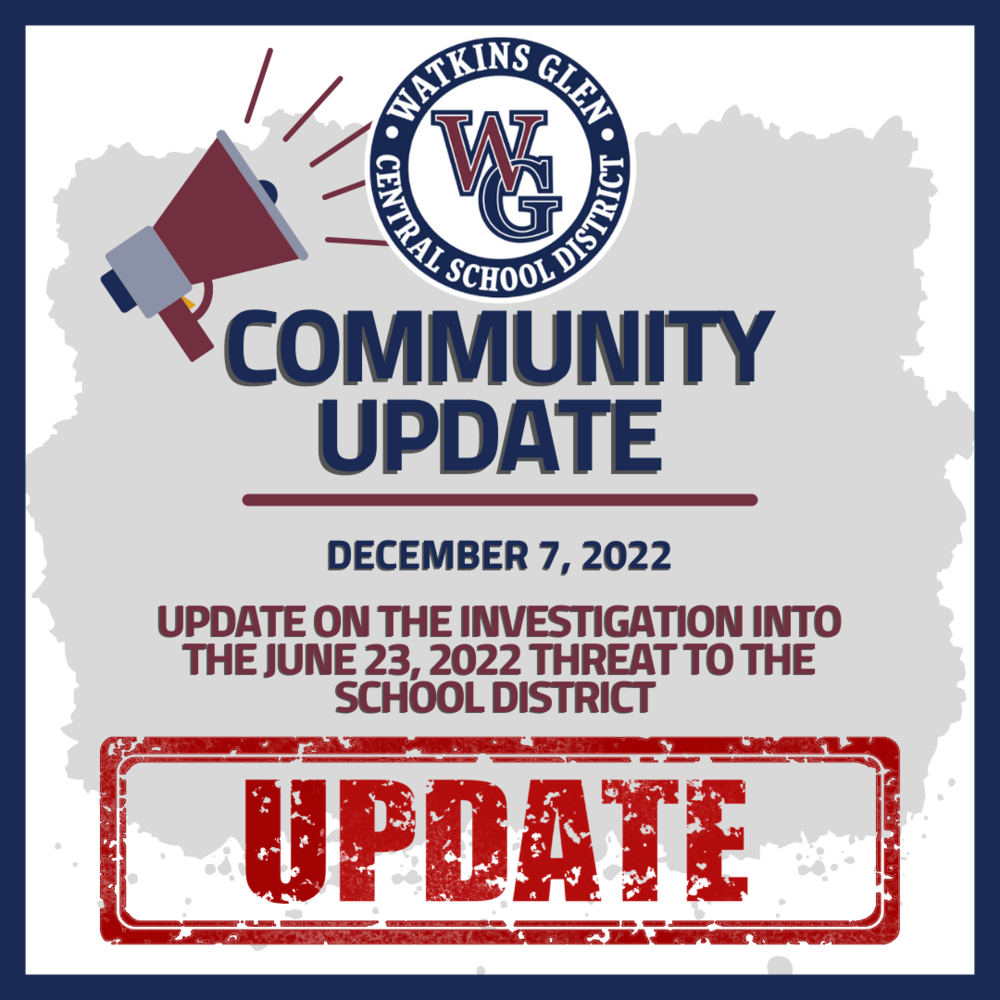 I hope this message finds you happy and healthy and enjoying the early stages of the holiday season!

On June 23, 2022, I communicated with the WG School Community regarding a threat of violence that took place against our School District. In that message, I expressed my gratitude for the many agencies that assisted the District on that challenging day.

Last week, I received a call from the FBI Office in Corning. They indicated that the investigation was over, and they had positively identified the offender at his residence in Virginia. They conducted a thorough search of the offender's physical and digital property, and they determined that he was not a threat. After further interrogation, it became clear that the threatening phone call was the product of a dare initiated by teenagers passing through Schuyler County.

Despite the challenges regarding accountability, this is a good thing for the following reasons:

I want to take this opportunity to thank the Special Agents from the Corning office of the FBI who worked diligently to bring a swift conclusion and closure to this case. To our local first responders, thank you for all that you continue to do for our school community.

Future safety drills are scheduled that will reflect the lessons learned from June 23, 2022.

If you have questions, feel free to reach out to your child’s main office.